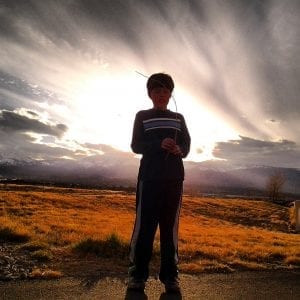 When I picked up Thomas from school recently, he told me he has been asking all of his classmates whether or not they like LEGOS. Only one or two say they do and the others tell him they don’t and they like playing the Wii. He said it makes him feel bad that no one else likes them.

I explained to him that I’ve had a similar experience with feeling bad when others don’t like or feel the same way about something I like. BUT, I have learned that I am choosing to feel this way … And I can choose not to feel this way also.

He said, “That’s so hard, though”. I told him I completely understand and it takes lots and lots of practice to choose not to let it bother you. I said this may help …

(Thomas put this together for my birthday in 2014)

What would the world be like if we all liked the SAME thing? Nothing would ever get done! If EVERYONE liked LEGOS and only building with LEGOS we’d having nothing but little plastic LEGO food, LEGO furniture and LEGO houses, LEGO cars. We’d be these big giant people trying to live in a little LEGO world! We all three got a laugh out of that one!

Thomas doesn’t even know what a Wii is … After he told me the above, he asked, “What’s a Wii?” … I don’t think these kids were being unkind. They were being truthful. I also want Thomas to know it’s okay to be truthful with others and not say things just to “fit” in or because it’s what others want to hear. I did not tell him one way or the other that either of these preferences was better than the other. That can be a conversation for another day.

He already knows how I feel about TV and video games. We don’t own either of them … Thomas is so into his LEGOs! He watches YouTube videos of LEGO tutorials and really wants to build his own creations. That’s BIG!!

The new LEGO sets come with detailed, numbered instructions and bags … one hardly has to think to put them together. YET, after you’ve put the designated item together, then you get to take it apart and think about making your own creation with ALL THOSE BRICKS!! We have a big bucket of over 600 random LEGO pieces on it’s way to us right now and he can hardly stand it!! (Something he got with Christmas money!) 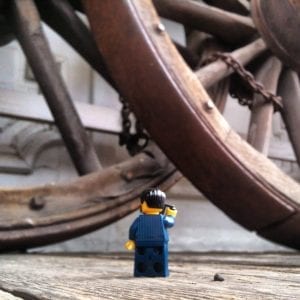 (One of the photographs in Thomas’ book, Biggest Little Photographer, published 2016)

Four years later I still pretty much feel in tune with this conversation. I would add that when we feel sad or angry in these situations, it is a sign, an internal raised hand, for us to walk into that uncomfortable feeling so that it can be released.

The more we take the opportunity to do this, the more we release, the more our heart opens, and eventually our internal response to these situations will be completely different.

These situations will still continue to happen. Yet, our response will be from a place of love with the ability to see the uniqueness and beauty of all individual personalities and souls.

Regarding the bit from 2014 where I mention I want Thomas to know he can be truthful with others …. Well, I think that was successful; for the most part. At times, his truthfulness presents me with the opportunity to walk into and release uncomfortable feelings. Although it may not feel like it at the time, that is a true blessing. 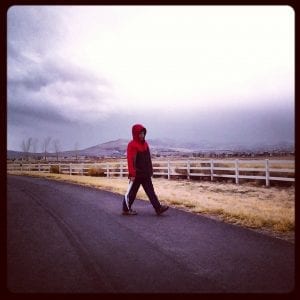 Amazing news! My 17 year old daughter, Lillian Darnell’s debut book, “Where Would You Fly and Other Magical Stories” is published. Learn more and order here.