This is a delicious vegetable and bean soup I made on Monday, January 2nd. I never posted it, and have been quiet on social media since then. 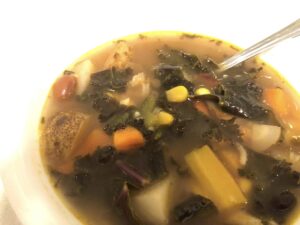 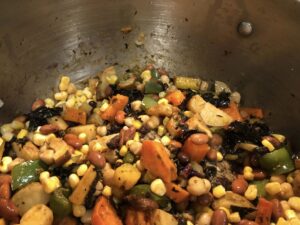 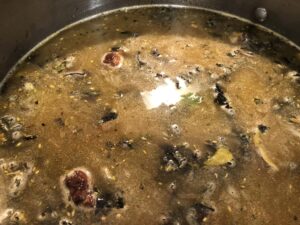 I’ve had to work through embarrassment, guilt and shame before sharing with everyone. During a break between storms on the evening of January 2nd, the roads were clear and it had stopped snowing.

I decided it would be okay to take Thomas to a previously scheduled evening appointment. Our car is a 2 wheel drive, with the option to shift into 4 wheel drive so winter weather has never been a problem.

While Thomas was in his appointment, it began to snow. On the drive back the car began to malfunction, slipping out of 4 wheel drive. We were nearly home when I lost control of the car on ice. Miraculously we slid across the 4 lanes of highway without hitting another car, and without a car hitting us.

The car slammed into the highway barrier. Airbags deployed but we were fine, other than getting punched in the face with the airbags. The damn car was still running after all that!

I was knocked silly and couldn’t think straight. Thomas. That amazing person. He was on top of it. He said something like, “Okay. We’re breathing. We’re both conscious. Nothing is broken. But, I’m bleeding. Should I call 911?” (The airbag scratched his face.) Remsa checked us out. We all decided there was no need to go to the hospital.

Highway patrol stopped traffic so I could get to the other side of the shoulder as I was facing oncoming traffic on the opposite shoulder.

Once they saw the car was operable, they escorted me to the mall parking lot where Remsa finished checking us. I was so close to our place, the patrol officer said it was okay to drive the car home.

The car looks absolutely fine from behind. But it is totaled. I had a mechanic come look at it yesterday, and it’s not worth it to fix. The front end shifted by about a foot! It still runs though! It is a beast! Ha!

I’ve had this car since 2008 – fourteen years! It came into our life when we had been without a car for nearly two years. I had planned on passing it to Thomas this summer. I’ve had to grieve over my plans getting screwed, and now I have to buy a new car. I really needed to wait until I had finished paying for Thomas’s orthodontic work, and dental work I’ve been having done. Grrrr!

I had to keep reminding myself that Thomas and I came home that night, and walked into our house. That was truly a blessing. We had some incredibly scary looking bruises, but they have healed. I took photos of my bruises, and fat lip; which I shared with mom and Frank. I don’t want to trigger anyone with the photos though.

Why have I had to process embarrassment, guilt, and shame? Those of you who know me, know that it’s been a journey for me to not feel this way when things go wrong, or don’t go as I planned.

These were consistent feelings for me as a child, growing up, and into adulthood. A few years ago, I finally got to a place where I had released most of that. However, this was an unexpected, crisis situation. There was no stopping those feelings.

I usually end these personal kinds of posts saying something like I’m not posting for sympathy. That’s the case with this one, too. But I really don’t know why I’m sharing this. I guess just because my heart wanted to share. I do welcome love, hugs, and positive thoughts about my finances.

Who knows? Maybe there’s something in this long winded post that speaks to someone??!!
xoxo

I want to add that after about 10 years of chronic economic anxiety, I have a difficult time making a huge financial decision. I swing between being impulsive and indecisive with the what ifs swirling in my thoughts like a tornado. It is exhausting, with having gone through the day in a foggy soup of decisiveness and indecisiveness.

Add to this my current health difficulties and this neurodivergent brain, life has me in not a very good place mentally. Thank you to everyone for the love and support. xoxo

I’ve had to ask for help so many times throughout these years, I feel like folks have had enough of me! But at the urging of friends and after working through even more embarrassment, guilt and shame, I’m asking for help.

If I could get Thomas’s orthodontist bill paid off, I would be able to afford a car payment. 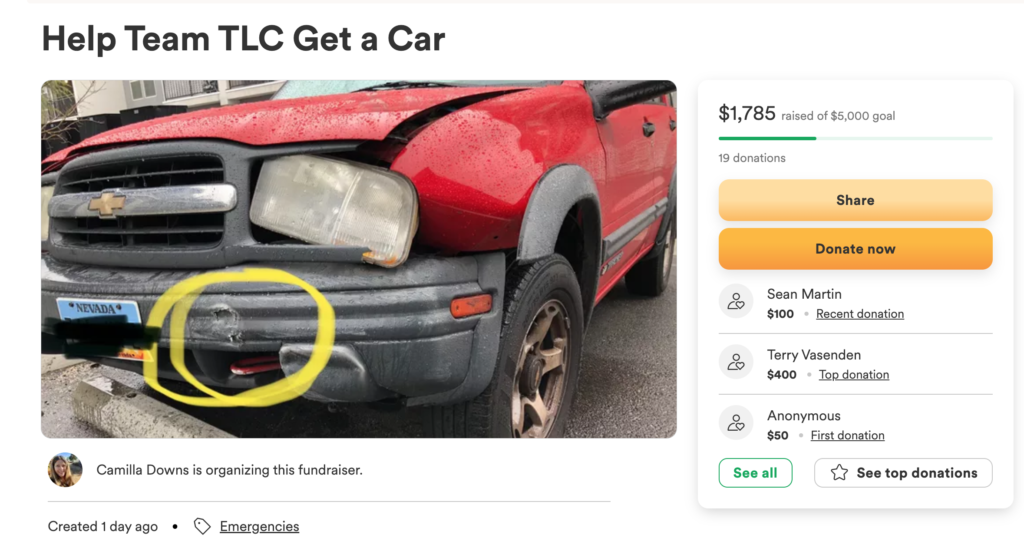 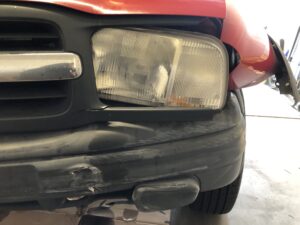 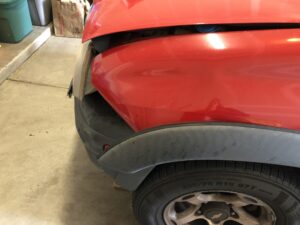 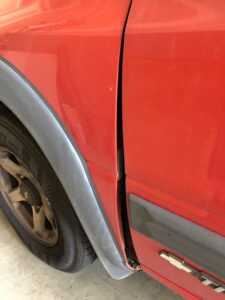 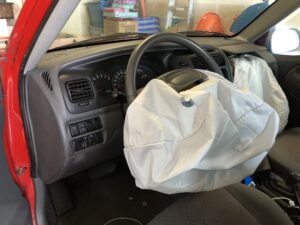 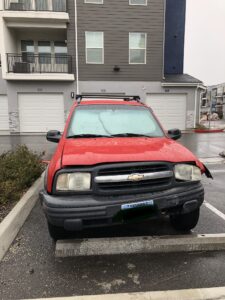 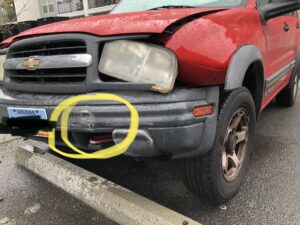 Thank you so much to everyone who has shared loving kindness, words of support, virtual hugs, and donated. It is deeply appreciated!

Amazing news! My 21 year old daughter, Lillian Darnell’s debut book, “Where Would You Fly and Other Magical Stories” was published January 2018. Learn more and order here.

Peaceful Summer by Lillian Darnell …. There’s still time to participate in Lillian’s fundraiser and get a custom poem created especially for you .. This one was created for a lovely supporter in Tasmania. 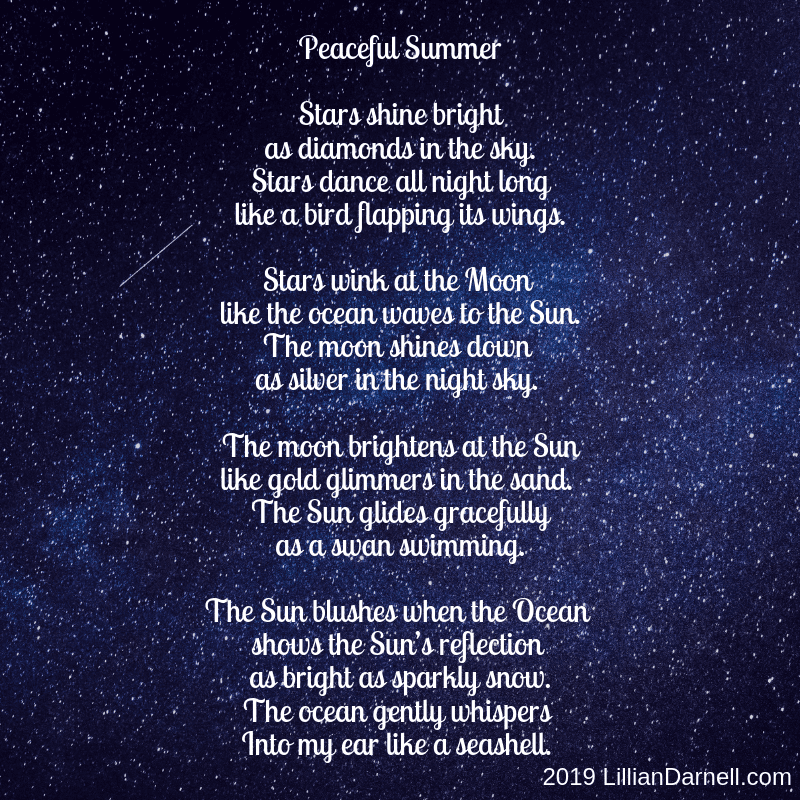 Thank you! The poem is everything I hoped for and more, and paints a brilliant word-picture. I look forward v. much to seeing the image, and know it, too, will be special.

As we approach Winter Solstice here in the Southern Hemisphere, it’s particularly lovely to be reminded of the pleasures and promise of summer.

The donation amount is completely up to you. Go here to read why Lillian is fundraising and also if you’d like a custom poem of your own.

Coming Soon!! “Words of Alchemy” is the latest book coming to life! Shooting for near the end of July 2019 for publication date. 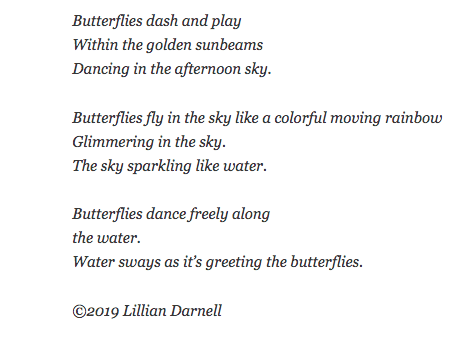 Want to help spread the word for my special needs daughter, Lillian? She is fundraising to help pay for our attendance at the annual Chromosome 18 conference this July in Colorado Springs.

Who wouldn’t love a custom poem created just for them? That’s exactly what Lillian is offering for her fundraising efforts. Lillian is a natural poet and loves writing poetry.

For anyone new here, Lillian Darnell is my 17 year old special needs daughter. Her condition is called 18p- as she is missing the short arm of Chromosome #18. We attend a yearly conference every summer specific to her condition. She is adamant every year that she help raise money for us to attend as it’s darn expensive for a family of 3. 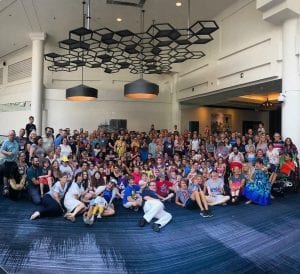 (Group Photo from the 2018 Conference in Baltimore)

The poems will be nature themed, fairy themed, mermaid themed, or unicorn themed. Every poem created will be different and uniquely yours!

Please feel free to share this post with others who appreciate poetry and love supporting artists and fundraisers!

Sample poem above … Oceans of gratitude and LOVE! Visit the link below to learn more about this from Lillian …