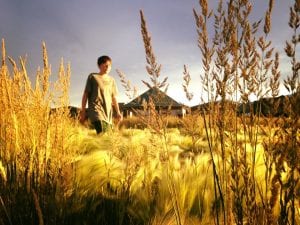 Oh Snap! Thank you to Thomas for continually being the one that says to me, flat out, “That wasn’t kind.” …. He’s like a truth compass when my own internal compass feels like it’s been 20 rounds in the washing machine.

Truth be told, on the day I wrote this, I woke up feeling heavy, sad, overwhelmed …. and EXHAUSTED. Had me a good cry after meditation. Yet, the down feelings remained. I only got one thing accomplished today. I completed a 2 page application and emailed it. Wahooooo! Smokin’ .. HA!

I actually completed it twice. I put the folder on the patio table to put my jacket on and forgot about the folder. When I got back the document had freed itself and went for a joy ride in the wind! So … back to the beginning to complete it again.

He wanted to talk about Syria, driving on the left side of the road vs right side, that 52% of people in Finland are left-handed, country borders, Alaska, Hawaii, and how he feels that those who created the country borders must have stopped off at a bar beforehand. Although, he did add that he hasn’t researched the history of country borders so there may be a reason of which he is not aware.

I actually feel much better now. Perhaps it was getting to have a focused and mindful talk with Thomas and a couple of other little blessings that came my way today. I still feel overwhelmed and exhausted, yet not as heavy and sad.

I like to share a glimpse of the downward times with everyone so as to present a balanced picture of Team TLC. I do not share for sympathy or advice … Just to let you know, “Me too.” I BE rollin’ in humanness … the lovely and the unlovely …. And that’s what it’s all about. And now I’ve got Tina Turner performing “Proud Mary” in my mind … Wonderful!! xoxo

I shared this on facebook and the below are the comments from me that followed input from others:

I feel it’s so incredibly important that we be real and transparent with others. There’s so much I do not share as I have an aversion to being around complaining, whether it comes from me or others.

My entire body tenses when presented with complaining. When I do share, I am careful to present it in a way that is simply sharing a snapshot rather than complaining … at least that’s my intent.

Thomas and I have these conversations daily. Maybe I don’t get out enough or around others enough; but, his thought processes blow my mind. Yesterday, he told me he was researching World War II and how Hitler came to power. He was comparing it to a current political situation. He then switched to immigration and deeply feels that the root of the issue is not being addressed. He compared it with something I’m having a hard time remembering … It had to do with borders and comparing to a physics theory having to do with two boxes side by side.

I feel the more of us that share our humanness the more in tune with one another we’d all feel and be.

I am moved at times to pop that bubble of separation we place amongst ourselves. We are all traveling a unique path; yet, with many similarities along the way .. And, I am a huge supporter and practitioner of releasing through crying. It is incredibly relaxing … xoxo