For one month now I have been educating and re-educating myself. Even revisiting events I and most people are already aware of. However, I am seeing through fresh eyes, a new and different lens. Eyes of wanting to understand what my brothers and sisters have suffered, and still suffer. Eyes of compassion. Eyes that know first hand not to judge another unless you first seek to understand and put yourself in their shoes.

As I am one who used to judge from on a high and mighty horse. That is, until life handed me a handful of shoes at once and said, try these on for size …. parenting a child with special needs, becoming a single parent, poverty, openly acknowledging that I am part of #MeToo, and becoming a part of the LGBTQ+ community. All of those wrapped inside a 15 year journey of healing myself. Humbly, I say, “Yes, I see now.” I am not done educating myself, and will continue to do so.

Here are three movies I’ve watched. I’m reading books also and watching/listening to talks. I will post those as I make my way through them. You can see my earlier blog post here; which lets you know where I stand and also lists resources.

Just watching these trailers again, I am sobbing. Now, I know my sobs do nothing to further anything. However, I am moved to educate myself and to become the best ally I can be. Change begins with one person letting themselves be moved, moved enough to understand, moved enough to stay silent no longer.

(These movies are free during the month of June 2020.) 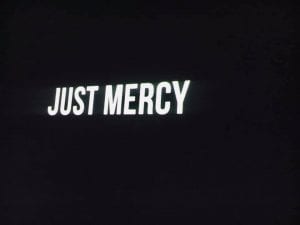 Powerful true story. My heart hurts and I’m sobbing. Not having read the book by Bryan Stevenson or knowing the story, I assumed the events of this movie were from the 60’s or 70’s. I heard a radio interview with Mr. Stevenson a couple of months ago, but I missed the timeline for the events.

I’m ashamed I did not know the horrors that were happening while I grew up and lived in the state next door, Mississippi … most likely happening there too.

When I said goodbye to the Deep South in 1989, and all my family, I knew in my heart I had to leave. I just didn’t consciously know why. Sometimes one has to shake ones world up, to wake up. Thank you *Bryan Stevenson for your bravery and courage.

After graduating from Harvard, Bryan Stevenson heads to Alabama to defend those wrongly condemned or those not afforded proper representation. One of his first cases is that of Walter McMillian, who is sentenced to die in 1987 for the murder of an 18-year-old girl, despite evidence proving his innocence. In the years that follow, Stevenson encounters racism and legal and political maneuverings as he tirelessly fights for McMillian’s life. 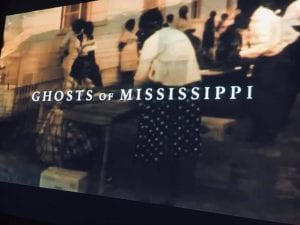 This one made my brain want to explode! Another powerful, true story. Maddening, infuriating, heartbreaking. Watch it.

In this film based on actual events, black activist Medgar Evers (James Pickens Jr.) is murdered in 1963, and much of the evidence points toward white supremacist Byron De La Beckwith (James Woods). However, after two trials, De La Beckwith is acquitted twice by a jury of whites. Now, decades later in 1989, Evers’ widow, Myrlie (Whoopi Goldberg), thinks she has evidence to finally convict him. But no lawyer will touch the case except the young and brash Bobby DeLaughter (Alec Baldwin). 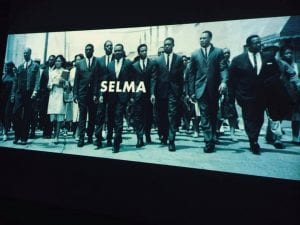 “It is unacceptable that they use their power to keep us voiceless …. What happens when a man stands up and says, Enough is Enough” – Martin Luther King, Jr

These people had more courage than I will ever know.

His words throughout this movie kept pulling me back into the present moment. Bone-chilling, as the quote above.

I mean, we all know about MLK, but, educating (re-educating??) myself in these current times … I find myself seeing with woke eyes and heart, hearing and feeling things I did not as a child, teen, and young adult.

Although the Civil Rights Act of 1964 legally desegregated the South, discrimination was still rampant in certain areas, making it very difficult for blacks to register to vote. In 1965, an Alabama city became the battleground in the fight for suffrage. Despite violent opposition, Dr. Martin Luther King Jr. (David Oyelowo) and his followers pressed forward on an epic march from Selma to Montgomery, and their efforts culminated in President Lyndon Johnson signing the Voting Rights Act of 1965.