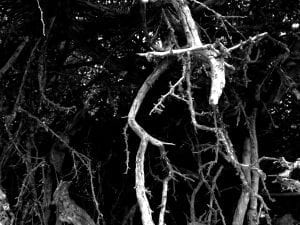 Why does this memory haunt her? Why does it keep returning? She does not remember the exact age of when this happened. She would have been 5, 6 or 7 years old. The past couple of years when this memory surfaced she has taken the time to feel emotions she buried from that time …. sadness and anger. Event though she remembers not who was involved, she has forgiven whoever it was.

She used to ignore it. Telling herself either she imagined it or if it happened then it lives in the past and does not matter. Which she does believe to be partly true. It is in the past and no longer exists. Yet, she left something of herself in that crawl space, behind a locked door. Something that begs to be retrieved.

She bears no anger towards the one or ones who thought it fun or a game or just plain unkind to lock her in that crawl space. She has been patient each time the memory surfaces. Recently she wrote about it in great detail in a “written quilt piece” in preparation for an upcoming memoir. Well, the details she can remember.

Perhaps that writing was the catalyst to finally retrieving what she had left there. She traveled to that crawl space once again on May 30, 2018. Not by a conscious choice. She was divinely led there. With eyes closed, seated comfortably and relaxed; she was invited to imagine herself in a cocoon. Her heart and mind took her straight to that crawl space behind the locked door. She found herself alternating between difficulty breathing and her breath quickening as she felt paralyzing anxiety.

She was invited to imagine two layers to the cocoon and that she was about dissolve one layer. The first of these layers appeared to be the lock of the door. The door handle melted into a silken gold liquid with the embrace of pure, divine love. The second layer to be dissolved was the door. As she watched in her mind’s eye the wooden door magically rotted and dissolved into the dirt floor of the crawl space.

She was also invited to see a symbol or word held within the cocoon that she was to take with her. She was guided to know that this symbol holds meaning as to why she is here on this Earth and here at this time, and that this is the message she is to share with others. Surprising to her, she saw a beautiful symbol that had come into her life at about the age of twenty. 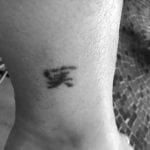 A Japanese symbol she had chosen to have permanently etched onto her skin. At the age of twenty she did not know the depth of why she chose this symbol. Well, other than the fact that it only cost $20 and that’s about all she had to spend on permanent body art. This is that symbol and its meaning is real, true, and sincere. Floating underneath the symbol was the word “write”.

The Truth is Revealed 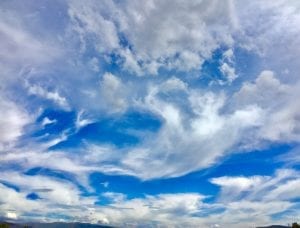 She absorbed the symbol and word into the loving embrace of her heart as she emerged from the crawl space with a knowing as to why she had to keep returning. It wasn’t to torture herself, nor to stay living in the past, nor to have sadness and anger; of which the latter was long gone.

She now knew that she had left parts of her Worth in that crawl space, mixed in with the well packed dirt floor. Pieces of it dislodged from her heart and scattered amongst the dust particles in the coolness of that dark place. She now retrieved the pieces of Worth and became aware that hanging around her neck from a golden silk cord was an aqua colored pen engraved with the word “Jump”. She flew peacefully from that crawl space on gypsy wings inscribed with authenticity, truth, sincerity and love. 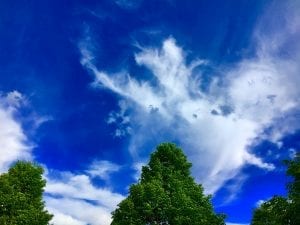 She continues to write to this day. Her writing has evolved and shifted over the years and ever remains authentic, true, and sincere. Watch for it. One day one of her writings may sweep you away to travels that excite, delight, or may even bring an alchemical experience of your own.

Please be kind with yourself should you be experiencing recurring unlovely memories of the past. Know you are not doing it to torture yourself. Be patient and the truth shall be revealed when you are ready. And so it is.

**Special thanks to Jessica Levity Daylover and The Alchemist Theatre members. Jessica’s magical meditations and the entire show almost always spark an amazing “story” for me. That’s where this one was born!**

It was pretty wild! Like, “Oh, now I see why this has kept coming up. Got it. Worth retrieved! Let’s do this!!” Definitely some alchemy happening!!