This one made my eyes sweat … Another of Lillian’s fairy tale emotion stories. The morning before she wrote this one, I was in a grumpy mood. Many times she will hook into this and catch a ride on the grumpy wave.

She was yelling at Thomas telling him that they had made me angry. I explained to her that no one made me angry except for myself with my own thoughts.

And then later in the afternoon, I read this story she wrote. As with many fiction stories that are sparked by the author’s reality, Lillian’s have a thread of her own reality running through each one. It warms my heart and causes my eyes to sweat …

I’m thinking that the series that she’s writing will be that book I mentioned she and I would write. I’m thinking Mr. Happy Tree will be the narrator (a fabulous tree that Lillian drew last spring or summer). **December 2020 Note: In fact, this story along with Lillian’s writings from age 5 – 16 years old are included in her debut book, Where Would You Fly and Other Magical Stories.**

Once upon a time, there lived a red chewy candy who was always angry and her name was Angel. One day, Angel got angry for some unknown reason. Her candy buddies decided to investigate what could have made her angry but first, they had to look for some possible clues.

While they were investigating, Angel met with her candy friend, Sneaky Spice-Rika who was always acting innocent but Sneaky was hiding something from Angel. The investigators found strawberry flavored licorice, spices, and mint candy. So they went back to their club called Secret Detective Club to plan their next step of the mystery.

When Angel had heard the whole story, she chuckled and explained to them that no one had made her angry but herself. She also said that she had a bad argument with her candy parents, Coca and Choc. The investigators went back to everyone what they had learned. First, they stopped by Sugarlicious to tell her what she had thought was actually an act of kindness. Next, they stopped by Strawbella to tell her that Angel had been angry and she was made angry all on her own.

Lastly, they visited Sneaky Spice-Rika to apologize about suspecting her. The investigators thanked her for being such a great friend. Angel forgot about being angry and never got angry again. If you look closely, you can see Angel in any chewy red candy you or your friends eat.

I hope you enjoyed this story. Join us every Friday for the newest edition of Emotions With Animals! 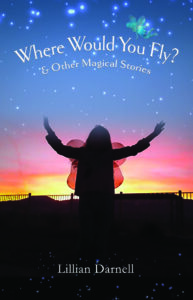 See the full story on Lillian’s blog, by going here …

Amazing news! My 19 year old daughter, Lillian Darnell’s debut book, “Where Would You Fly and Other Magical Stories” was published January 2018. Learn more and order here.

With Lillian turning 18 and the stressful move, I got behind on posting things here. For a while, you’ll be getting some older posts as I get caught up (this one from my birthday in February) … Much love! 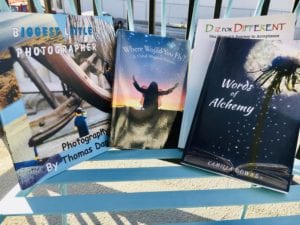 8 years in the making …. Team TLC – Thomas, Lillian, Camilla … 3 family members …. 4 published books …. There are more to come. However, I need to take this year to press the reset button, for my physical health and for the emotional health of Thomas and Lillian. We’ve drifted from the Team in our Team TLC; which I know will happen as they get older. Yet, I’ve let vital areas slip by the wayside over the past 4 or 5 years, especially this last year.

One major struggle is about to end for us. Once that gift is showered upon us, the rebuilding of Team TLC begins. Of course it will look and feel different than when Thomas and Lillian were younger, and that’s the beauty of it, tempered with the longing of the way it used to be.

I get the feeling the next book will be authored by all three of us. We shall see. I never really know until I become focused on the book’s creation. xoxo

There were days
She could see no reason to continue

There were days
Shrouded in darkness and despair

There were days
Bubbling with joy and love

There were days
She knew the reason to continue

These were the days
The 18,250 days of riding the wheels of her life.

Thank you for being along for the ride. It’s a joy to share it with all of you. If you’d like to learn more about our books, go here … https://camilladowns.com/books/

Thank you to Michelle Whitman for this lovely review of Lillian’s book, Where Would You Fly and Other Magical Stories …

This is a lovely and magical book, full of wonderful short stories where you can let your imagination drift and enter the unique world of Lillian. A collection of stories and poems written by Lillian throughout her life, will transport you to new enchanted and magical worlds, full of colour, rainbows and happy endings. The photos and drawings of Lillian are an added beautiful touch.

Personally my favourite bit about this book was the section on Emotions and Feelings. Camilla (Lillian’s Mum) explains at the beginning of the book that this section was born from them working together to understand and process emotions and from that, Lillian produced “Emotions with Animals”. There is a lot both children and adults alike can learn from this section and it really resonated with me, and how I try to live my life. Each mini story talks about a different animal and emotion, for example ‘Calm Monarch Butterflies’ and then there is Lillian’s summary of ‘How To’ (e.g How To Be Calm). There is some fantastic advice in this, and every single one of us could learn something!

Throughout the book there is a mix of short stories (fairies & princesses, legends, tales & adventures), poems and songs – each with their own unique tale to tell. This book is adorable and inspirational, and if nothing else will make you smile. We all love a wonderful and happy story, and Lillian certainly delivers this along with plenty of inspiration and a touch of magic .. Follow this link to read the full review …

Book Review: Where Would You Fly? & Other Magical Stories by Lillian Darnell

Lillian and I are deeply grateful for this wonderful, heartfelt and thorough review … So lovely that my eyes pooled with liquid gratitude when I read it last night. Thank you Katie!! 💜💜💜 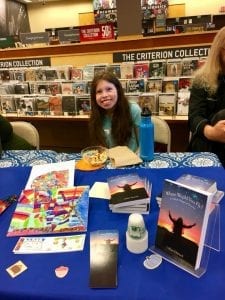 (Lillian at the Barnes & Noble book signing in November 2018)

Excerpt from the review ….

” …. I also loved the beautiful drawing and photos of Lillian and her family. This really made the book feel even more special. I also think reading about how special Lillian is can only make you feel blessed to be able to see the magic she carries in her mind and heart …. ”

Please visit the below link to read more and if you feel moved, we would be incredibly grateful for you to “like” the post and/or comment.

My Review of Where Would You Fly?: and Other Magical Stories Author Lillian Darnell 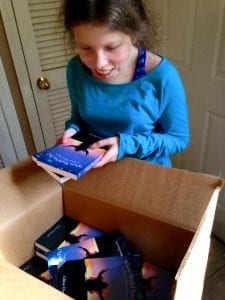 On April 1, 2019, Lillian and I were a guest on the lovely Katrina Marie Hart’s blog to share a bit about Lillian and her debut book, “Where Would You Fly and Other Magical Stories”. If it feels right, we would be grateful for you to visit Katrina’s site to read the article in it’s entirety, and like or comment with your thoughts.

Here’s a wee bit from the article:

” …… My inspirations for writing are nature, coloring, drawing, reading, something I catch myself saying, food, and holidays. Most times my writing flows through me like a river.

Some of my favorite foods are French Fries, cheese (dairy and vegan – dairy bothers my stomach), dark chocolate, snickerdoodle cookies, chocolate cake, gluten free powdered donuts, and strawberries. I really enjoy volunteering at our local library one day a week and my family and I …. ”

Visit the below link to read further …

Live Your Life as a Fairy Tale by Author Lillian Darnell.